From Dartmouth to War: A Midshipman in the Mediterranean 1940-1941


Was the launching of Bismarck and Prinz Eugen a year or two earlier some attempt to redress the balance in his favour? History does not relate but Walter Mitty may have something to answer for. My naval career was almost terminated soon after it might have been said to have begun. It was May and I, in common with other blue serge suited aspirants had arrived at the Admiralty for the dreaded naval interview.

Which way did Nelson face atop his column? Which was his blind eye? What was the White Ship? What was the significance of Flores in the Azores? Had Victory two or three masts and how many guns? What was the number of the taxi that brought me here? At the end of a long corridor I was ushered into a room which contained a table and three chairs.

On two of these sat two other thirteen-year-old boys like myself. I was told by an old naval pensioner to sit on the third chair. A piece of paper was placed in front of me and a pen. I was frightened, bewildered and apprehensive of the interview to come, but then blessed relief came. Surely I was to be entrusted, albeit at this tender age, with some esoteric naval code or cipher?

Yes, that was it and so without further ado I proudly wrote the letters S A at the top of the page and felt much better. Later, when the essays on such piffling subjects as 'A day in the life of a penny' or 'Why I want to be like Nelson' were read, I can only conclude that my solecism had gone unnoticed.

Hitler was not yet to be spared. Opposite me were a school-master, the Admiral and a Commander. I stared in fascination at the gold rings. 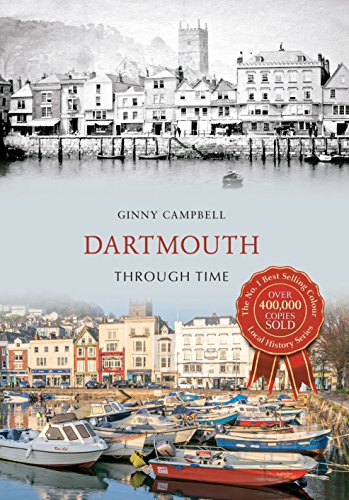 On the wall was a map of the world. It was then I discovered that Philips the cartographers had omitted the names of countries and places on the map. Nothing daunted, I pointed unerringly to the right spot. Nods of approval. Nods of approval, all was going splendidly; the old buffer had expected me to say eight. How stupid — it was only two miles from my home in Gloucestershire. Next a strict medical. Three days of examination took place the next month in Russell Square, also the scene of my brother's battles with his medical examiners. We were allowed to use Latin dictionaries which surprised me.

The ensuing boom must have shaken the Bloomsbury avant-gardes out of their left-wing reveries. During the examinations my prep school headmaster drove up with me from Hertfordshire each day. His name was Paul Griffith, a man I greatly revered.

He had strong religious beliefs, but he never forced them upon other people. Once he took me into our school chapel, the lighting of which had just been restored. Each day he took me to lunch at the Savoy where, to his amusement I ordered whitebait. When, to the wonderment of all, not least myself, the Dartmouth Pass List was published in the papers, and my name was included among the successful candidates, Griffith sent me a telegram.

Instead of the usual congratulations it said simply, 'Whitebait to you. This was not entirely reassuring to the 43 puny cadets who stood on the Mew, the GWR ferry taking us from Kingswear to Dartmouth. Surely ferries were the usual method of transport to take convicts to Parkhurst or Alcatraz?

The huge College building dominates the pretty little town of Dartmouth. If one has never seen it, you have only to cross Horse Guards Parade, look at the pink and white building to the back of the Admiralty, multiply it about six times and you have an idea of the Royal Naval College. During the following three weeks we were to learn the discipline and customs of the College and were 'untouchable'. That word is not used in the Indian sense, but indicates that infringements of rules and customs were overlooked. After that probationary period punishments could be doled out and our bottoms were vulnerable.

Discipline was very strict but mostly fair. Presumably in order to instil respect for one's seniors, cadets had to double past the gunrooms living quarters of cadets senior to them; they were forbidden to talk whilst doing so, or to look inside. To speak to a cadet senior to oneself was a 'guff' offence, as was failure to double past a senior gunroom. Cadets were divided into eleven terms, each named after an Admiral.

We were the 'Blake' term, our predecessors had been known as the Bloody Blakes. We were not distinguished or ill-disciplined enough to warrant this appellation, but it was sometimes applied. Stand by. Dressed in mess kit, stiff shirt and black tie, he would parade through the dormitories accompanied by his cohorts, whilst the cadets would 'lie at attention' gazing fixedly at the ceiling.

Before that, at another command, 'Books away, lie down', we assumed our bed inspection postures. At the foot of each bed was a large chest in which cadets kept their clothes. A flap let down from the top half and pants, vest, reefer jacket and shirt had to be folded neatly and displayed on top of it. Failure to satisfy the cadet captain's eagle eye as to the neatness of one's chest meant a 'chest strafe' — early to the dormitory folding and refolding one's uniform. Quite the most barbaric of punishments was 'Official Cuts'. The wretched victim, having been previously examined by the MO, was marched into the gym guarded on either side by two burly PT instructors.

Drawn up in front of him would be his whole term, standing rigidly to attention. In the centre, like the guillotine in the Place de la Concorde, would be a boxhorse. The cadet to be beaten would be spread-eagled on this, his trousers removed. A third PT instructor, generally a huge Royal Marine Sergeant, would inflict on the victim the prescribed number of 'cuts' with a cane. The strength of those Royal Marine Sergeants and the terrible pain they could mete out is best left to the reader's imagination.

Needless to say this horrific and humiliating punishment was not ordered lightly. A cadet two terms senior to me received it, and naturally did not sit down for a week.

I regarded him with awe and fascination at what he had undergone. His offence? He had been caught in a somewhat amatory embrace with a farmer's daughter. Cadets were allowed to visit approved farmhouses for Devonshire teas. A blind eye was turned to their smoking but a possibly innocent excursion into the realms of sex was another matter.


Monty His Part in My Victory. Adolf Hitler My Part in his Downfall. Christopher Bayly Tim Harper. To Hell and Back Europe, Guerrilla Warfare. The Few July-October Aircraft Recognition A Penguin Special. Berlin The Downfall: Hitler Nemesis. Blitzed Drugs in Nazi Germany. Norman Ohler Shaun Whiteside. Where Have All the Bullets Gone? Spike Milligan War Memoirs.